Use Your Words: Pattern Stories #3 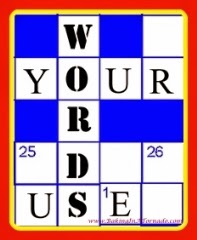 Today’s post is a writing challenge created by Karen @ Baking in A Tornado. This is how it works: 13 participating bloggers picked 4 – 6 words or short phrases for someone else to craft into a post. All words must be used at least once and all the posts will be unique as each writer has received their own set of words. That’s the challenge, but there's a fun twist; no one who’s participating knows who received their words or in what direction the writer will take them. Until now.

At the end of this post you’ll find links to the other blogs featured in this challenge. Check them all out, see what words they were given and how they used them.

They were submitted by: http://www.crumpetsandbollocks.com
Holy Hannah with those words, woman!! 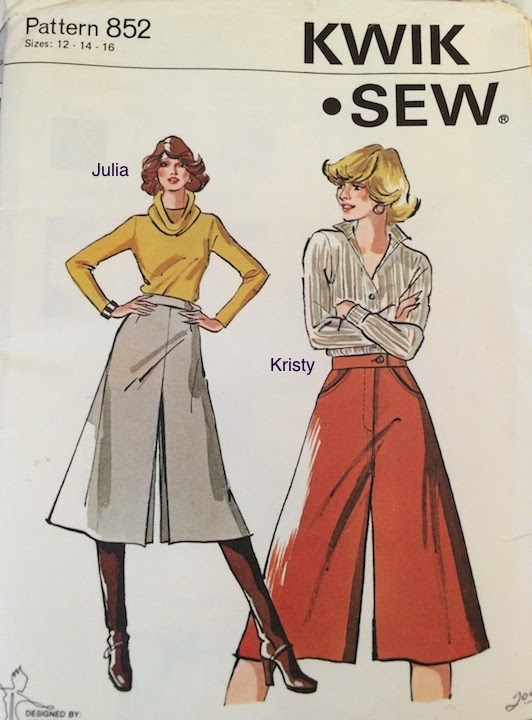 Pattern drawings are the property of Kwik Sew Pattern Co.
Pattern #852 was designed by Kerstin Martensson.

Despite blasting Donna Summer's disco loveliness overhead, nothing and no one could help Julia and Kristy connect during last month's photo shoot.

The two had been competing for the same modeling gigs in what seemed like forever. No matter how much Julia had tried, she could never measure up to what Kristy brought to the stage.

At the Prell shampoo shoot last May, Kristy showed up with bouncy, newly-frosted hair. The color was so alluring, Julia didn't even make it into the final photo. When Julia had practiced the perfect motions for a "cross-your-heart" bra commercial later that month, Kristy strolled in with a new set of perky double Ds. Julia had always felt insignificant in Kristy's shadow.

Then came the day when the girls were competing for the front page of McCall's magazine. The cover-girl would show off the most anticipated piece of clothing for fall: The culottes. Every girl wanted to get their hands on a pair and wear them with the other must-haves of the season: knee-high leather boots.

Kristy had the insidious plan of choosing the tomato-colored culottes knowing the leather boots would match marvelously. She was sure to make the cover.

But when the photographer caught sight of the eye broccoli that were Julia's feet, he demanded that the boots cover any sight of them, and in his words, " the legs they were attached to."

Kristy, who was not at all happy at this turn of events, decided to show off her glorious Double Ds  once again in a revealing button-up blouse. Surely that would clinch the job.

Unfortunately, in what can only be described as a vengeful irony, two buttons on that fabulous shirt popped off and bounced out of sight. Kristy would spend the rest of the shoot in her last-season moccasins, carefully covering up her "girls." She would have to save her beautifully whitened smile (via Pearl Drops) for another day.

All was not lost for Kristy. While Julia made the September cover of McCall's, both women were featured on Kwik Sew's new pattern for culottes. (Any claims to the notion that Kristy's cover was due in-part to her father owning the Kwik Sew company should be dismissed, as this was purely coincidental.)


Happy Friday, friends :)
Check out all the cool kids participating this week: